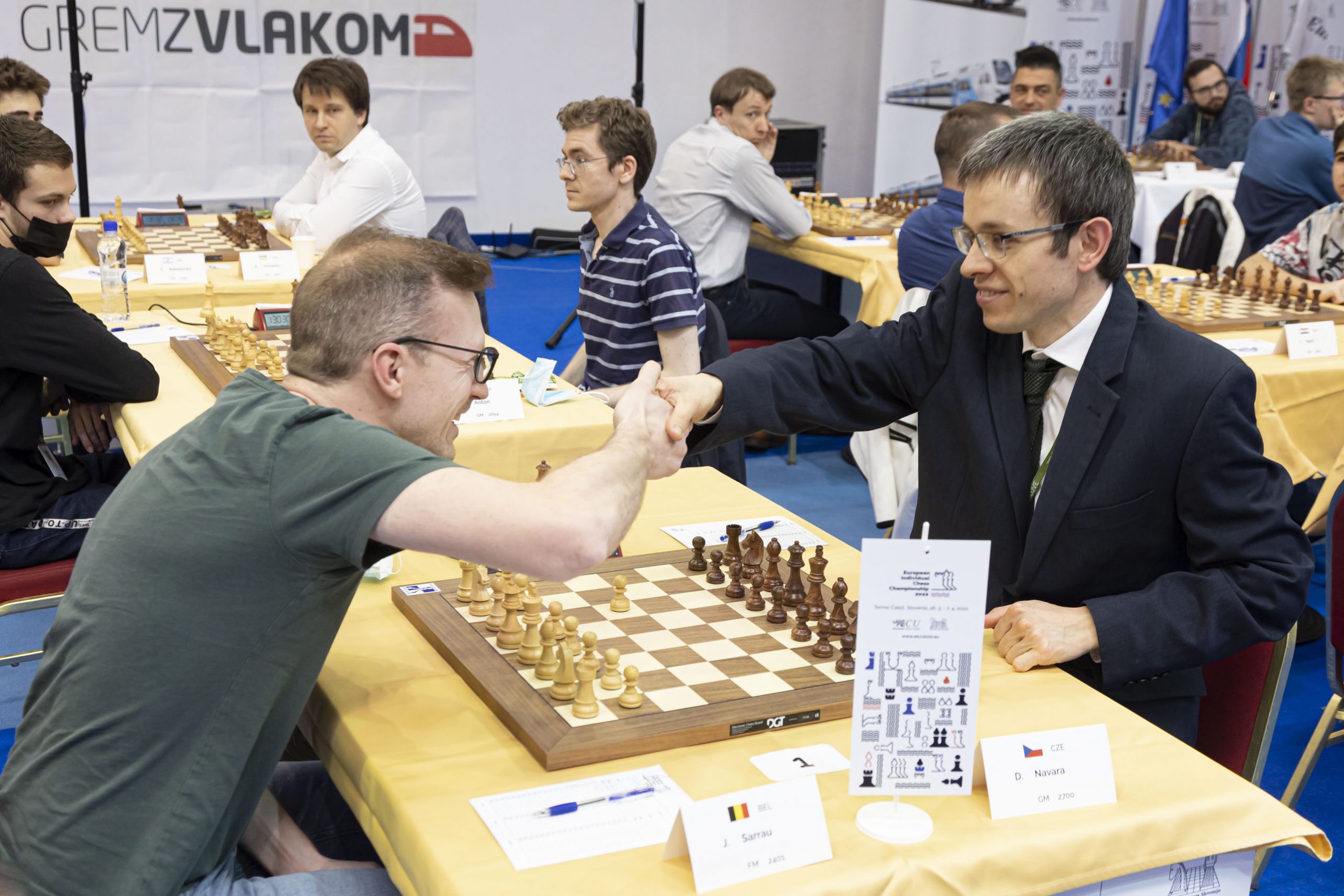 The European Individual Championship, which is held in Slovenia for the first time in history, is open. 317 players from 39 countries are vying for rich prizes and the entrances to the World Cup.

There are 114 chess players with the Grandmaster title. Among the competitors are 29 women players.

In the opening round of the Championship, the main favorites achieved the expected victories, but not all of them had an easy job. The first player Czech David Navara scored the whole point, after his opponent overestimated his position. In a similar way, the Ukrainian representative Volokitin, whose opening position wasn’t in his favor, also succeeded. However, two of the favorites, Anton and Krivoručko, agreed on a draw.

The EICC2022 Organising Committee informs that few players were positive in the Covid19 tests performed after the arrival in Terme Catez and before the 1st round. They underwent a second antigen test by the medical staff and the tests were positive again. Following the Slovenian health protocol, the players were isolated and could not participate in the 1st round while undergoing PCR testing. The results of the PCR tests were partially negative and partially positive. The players with negative PCR tests were allowed to compete from the 2nd round, while the players with positive PCR tests withdrew from the event. All participants were informed by publication and email about the updated and relaxed health protocol of the tournament.

The protocol only required a negative rapid test or PCR test, which each participant can do on their own 48 hours before their arrival. This was also strongly recommended to all National Chess Federations. The Organising Committee regrets any problems arising from these procedures, but they apply to the safety of all participants and is still part of major sports events.